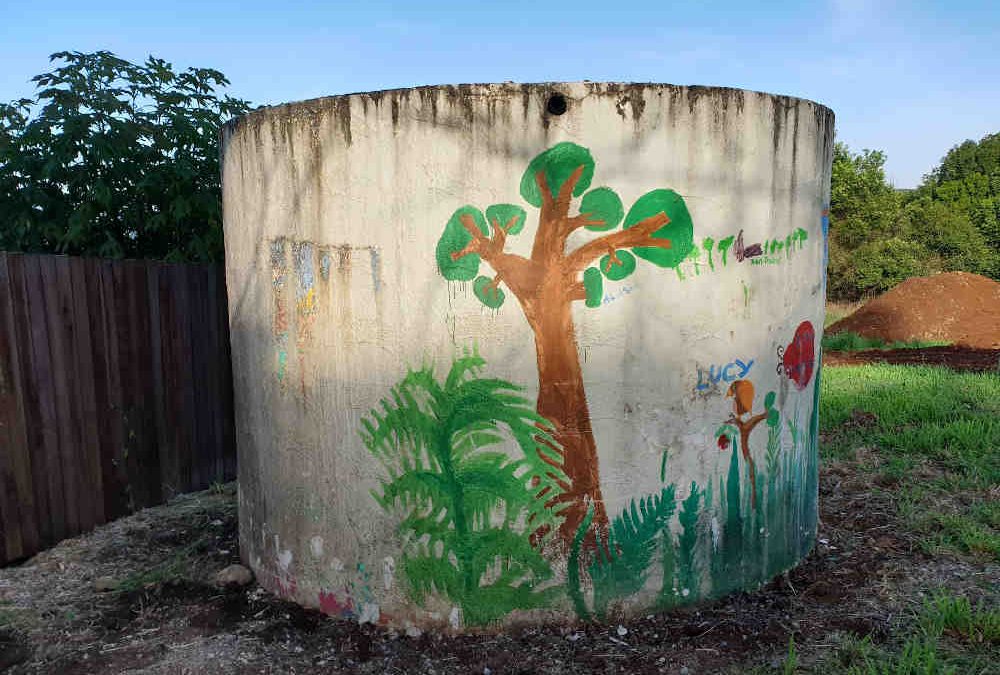 There was an old concrete water tank at Goonengerry when we bought the property. It was at the southern end, covered by long grass, and when we first saw it, was behind a wire fence and massively overgrown long grass and weeds.

Google Street View has a photo from 2010 that shows an old shed in front of the tank, shown below: 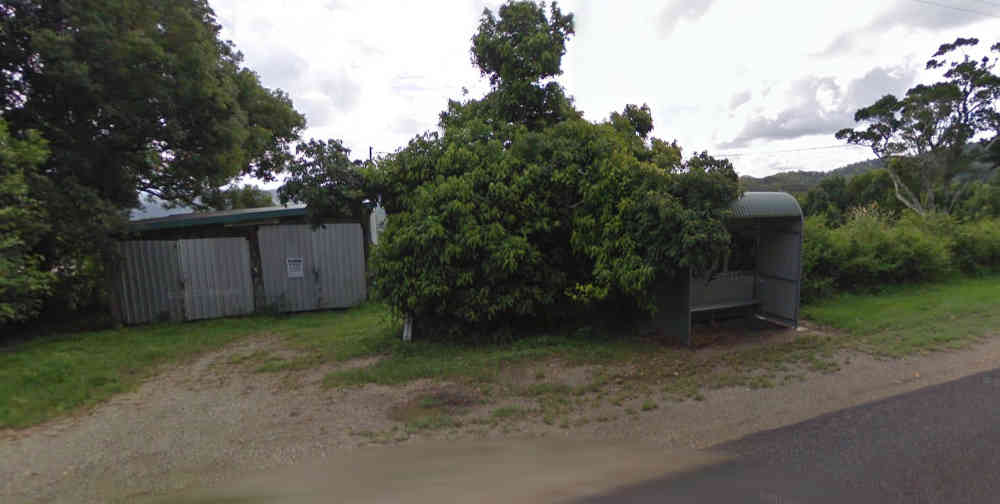 A little bit of digging later on found an article at http://villagejournal.org.au/article_shell.php?page=n_e_goonengerry_fire.htm&issue=224&group=2 that described the Goonengerry fire brigade that used to have its base here. The article was written in 2014, but the Google photo was from 2010, so we’re not sure when the tank actually arrived. The article mentions how the Goonengerry Public School had donated the old tank when they installed new tanks at the school, and how the Peate family had given permission for the fire brigade to have a base there.

We knew none of this when we bought the place – the shed had gone, a fence was up, and we were simply told that the tank was part of the property.

During planning, council told us that we needed 20,000L for fire-fighting, and the old tank met those needs perfectly. The fire assessment requirement was for a full driveway with turnpoint for a firetruck to turn around in, so we will be ending up with two driveways – one purely dedicated for the fire tank. Which would have been really nice in November before we arrived….

So the tank needs to be working. There was an old storz fire-fighting connector on it, but sadly it broke this week when we tried connecting a new male-female storz fitting, and it sprung a leak at the connection point to the tank. We spoke to the plumber down the road, and he can fix it, but not under water pressure. It needs to be emptied, cleaned from the inside, needs mould removal from the top and sides, the flaking paint removed, and general love and attention.

We’re going to take this opportunity to give it some fresh paint. Again, council guidelines for new works are that they can’t be white – that developments should blend into nature, so it will be a standard bush green colour.

The old tank had been decorated by the Goonengerry school kids, so it’s a bit sad to paint over it, but it really needs some maintenance, particularly the mould removal. To keep the memories alive, we’ve taken photos of all the remaining painting and names, shown below. 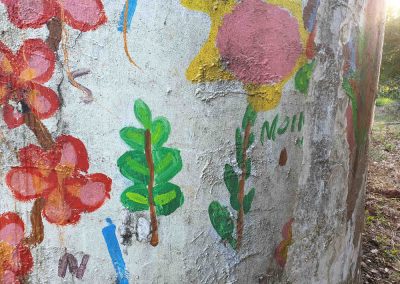 It was a bit flaky 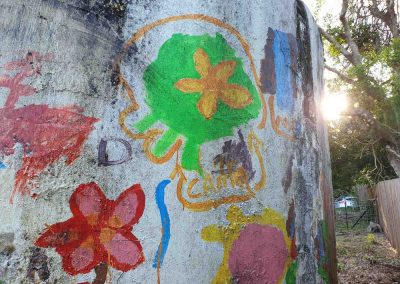 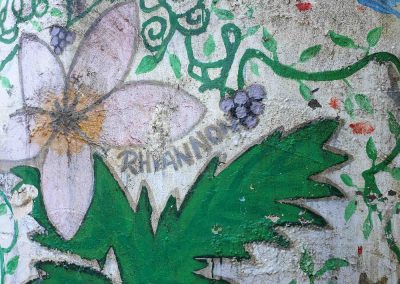 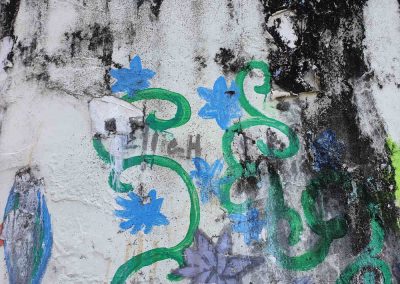 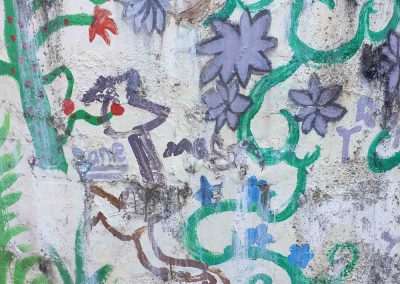 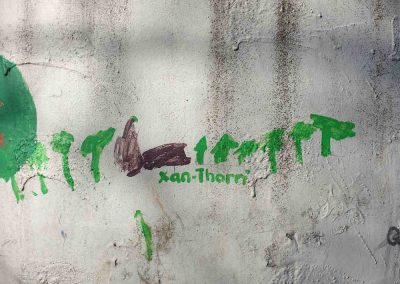 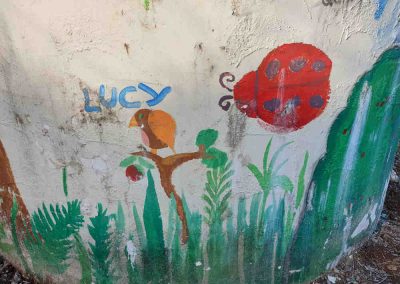 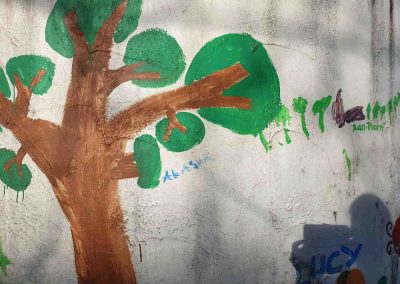 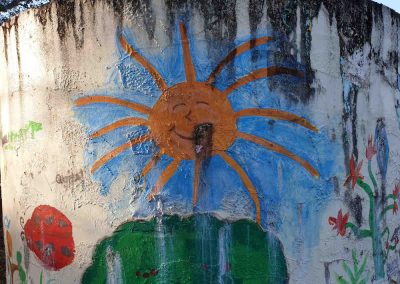 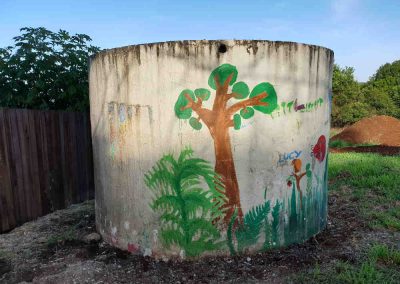